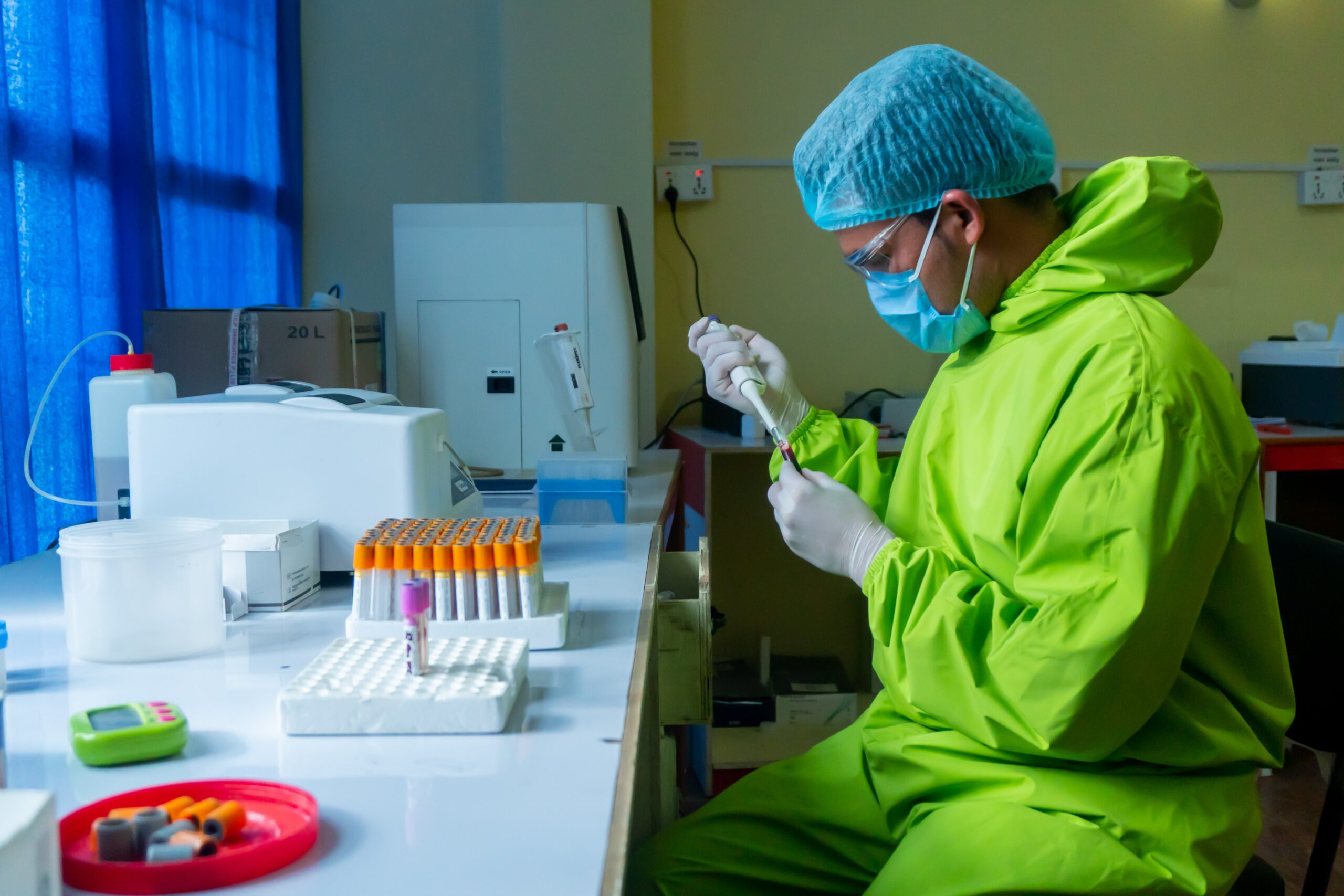 The Indian Diaspora Advances in Research in the United States

Some Indian doctoral students are forced to take low-paying post-doctoral positions in order to stay in the United States (Photo: Prasesh Shiwakoti / Unsplash)

Many budding Indian researchers are drawn to the United States for their enviable science and technology infrastructure and limitless career opportunities, but they often encounter administrative hurdles and intense competition on their way to the top.

The global rush to manufacture vaccines since the start of the Covid-19 pandemic has greatly reiterated the immense importance for every country to have a vibrant scientific research and development ecosystem. For decades, the United States has held the leadership in this field and has attracted talent from around the world into an R&D industry that has a whopping $ 241 billion market, including government and private investment.

Among those who choose to relocate to the United States in order to work in the best laboratories with the most generous funding are several Indians who, over the decades, have flocked to the United States. They were also propelled by the poor infrastructure and near lack of funding in India, a situation that has hardly changed, despite economic growth and growing awareness of the importance of research and internal development.

In 2016, Indian immigrants and scientists of Indian origin made up the largest group of foreign workers in the S&T sector in the United States, nearly one million and surpassing workers from the Philippines and China, who also experienced a sharp increase in the number of researchers working in America. Ashni Vora, is one such aspiring scientist, is currently pursuing a PhD in Biomedical Sciences at Rockefeller University, New York.

“I chose to come to America because they have very good research facilities and institutes and some of the highest research funding here compared to other countries. Another really big plus is that they have funded doctoral programs here, so you don’t have to look for your own funding. Many Indian PhD graduates often stay behind after graduation because there are better opportunities and better salaries here, ”said Vora. India Media Group.

“When I moved to the United States in 2007, the research infrastructure was certainly not as developed as it is now. 10 to 15 years ago, most places did not have laboratory instruments like high-end microscopes. The American doctoral process is also much more streamlined and devoid of so much administrative work unlike much experience with Indian mentors, ”says Dr. Kasturi Pal, who has spent more than a decade in biological research in renowned American research institutions such as the University of California and University of Texas.

Over the years, many renowned Indian researchers have led influential laboratories in the United States, such as Indian-born structural biologist Venkatraman Ramakrishnan, who won the Nobel Prize in Chemistry in 2009, and Dr. Sethuraman Panchanathan, who became director of the National Science Foundation, America’s premier science funding agency, in 2020.

However, especially in the fields of biological and medical research, Indian immigrants believe that it has become more difficult to make a name for themselves in recent years, due to a combination of increased competitiveness in the industry. industry as well as stricter visa regulations, especially for new immigrants, making getting a green card the only way to land a desired job.

“Over the past decade, since around 2010, it has been extremely difficult to land a teaching position. Once your student visa and initial work are exhausted, it is difficult to find a job because companies do not want to sponsor you for an H1-B since you go through the lottery. Especially for biology, which is a rapidly evolving field with new technology coming in every six months, you need that extra 2-3 years of post-doctoral training, known as post-doctoral research, because it is a rapidly evolving field. Previously this would have been sufficient and really competitive for a green card application, but during Trump’s presidency and the very bad press that immigrants had, the assessment process became much more intense and caused difficulties for researchers. Indians, ”says Dr. Pal.

Vora explains that many Indian immigrants are forced into low-paying post-doctoral positions in American laboratories despite extensive experience and research outside of academia, simply to ensure their stay in the country. In fact, she says during the pandemic, labs in the United States actually experienced a shortage of post-docs for important research, simply because many immigrants were forced to return to their home countries.

“There is often a high demand for post-docs because they are notoriously poorly paid and that’s something you can end up doing if you don’t have a choice. The sudden shortage during the pandemic was due to the fact that most American citizens would not take these kind of jobs because they are so poorly paid and they have the freedom to look for other jobs, ”says Vora .

“I have seen Indian Principal Investigators (PIs) but it is certainly much more difficult for a person of Indian descent to become a PI. For example, my friend’s father had made tremendous strides in his research, published influential articles, and graduated with all the necessary degrees. just came back and started his own lab. At the top, there is not a lot of diversity, ”she adds.

Despite six years of post-doctoral training, being denied the opportunity to advance in one’s career means that many researchers like Pal choose to return to India. Pal, who returned at the start of the pandemic, is now a professor at an Indian research university and enjoys the freedom to conduct her own research at a much higher salary.

“I wouldn’t go back to the US to be stuck as a post-doctoral fellow again because I think I’m independent enough to work as a principal investigator, conduct my own research and not need a mentor to tell me what to do. Because of this green card problem and since you don’t know how long it will take, your best bet is to work as a post-doc, but it’s often difficult to accept that with so much training, you are still under someone else’s tutelage and get paid less than you deserve, ”she adds.

Concerned about the rapid increase in expatriate Indian research and the proposed “brain drain”, the Indian government has launched several programs to attract highly talented scientists to the country and increase their investment in their country. The government held a few meetings last year and the importance of connecting the Indian diaspora abroad with Indian academic and research institutes was highlighted at the last Science and Technology Department meeting in August, at which several influential leaders of Indian origin from American universities participated. .

So, although they are making headway in the United States, many Indian researchers are also keen to return to be part of India’s rapidly growing research sector. Vora, who completed her undergraduate studies in one of the largest biological centers in the United States, San Diego, says that although many Indians believe the standard of living is better in America, one of her Goals are to return to India and use the skills she has chosen to pursue a career in the country’s emerging pharmaceutical research industry.

“Personally, I would like to come back eventually because there are a lot of drug companies doing cool stuff and a lot of possibilities out there too, and I would like to work in fast moving areas like cancer biology preferably. , or regeneration of stem cells, ”she says.