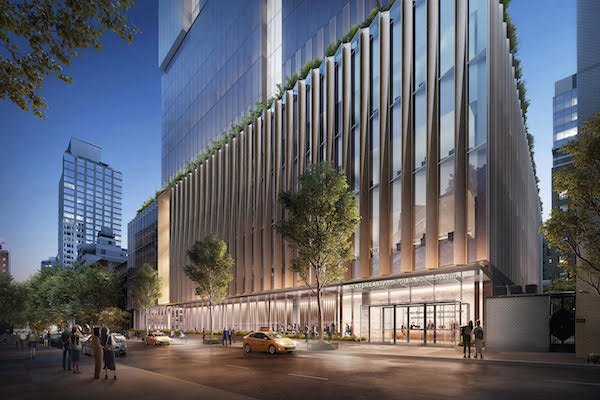 As the current and future leaders of four of New York City’s five boroughs, we strongly urge the entire city council to vote “yes” at the next meeting on Tuesday, November 23, on the New York proposal. Blood Center to modernize and expand its former Upper East Side Building to secure the future of a nonprofit organization essential to city hospitals and to position our city as a public health capital of the world.

For large city-wide projects like the Blood Center, we need to balance the needs of the big city with the important local concerns of the community. We believe the proposal approved by the city council’s land use committee last week strikes that balance, with millions of dollars to support local institutions and a reduction in building heights of over 100 feet for a facility. that supports safe and affordable blood for New Yorkers and research that saves lives.

The Blood Center supplies over 90% of New York City’s blood supply and nearly 100% of the supply for NYC Health + hospitals. Prior to the establishment of the blood center, more than 100 facilities operated in an unreliable environment and provided blood at varying levels of safety, availability and affordability. Today our city needs the Blood Center more than ever as the United States grapples with a severe national blood shortage exacerbated by the pandemic.

The Blood Center is also conducting pioneering research in support of treatments for blood-related diseases like HIV, hepatitis C, and sickle cell disease that affect tens of thousands of New Yorkers. His research results recognized internationally in more than 150 publications per year in prestigious journals, tens of millions of National Institute of Health funds per year and broad support from New York universities and researchers who submitted 25 letters of support for his proposal.

After a pandemic that exposed the urgency of biomedical research, the Central East would strengthen New York City’s pandemic response infrastructure with space for biotech companies and research institutes to accelerate medical research. The Blood Center is already making our city more resilient to pandemics through research that has supported the development of vaccines and treatments for diseases like SARS, ZIKA and more recently COVID-19.

The project not only secures essential health resources for the city’s hospitals, but creates thousands of union-building jobs and would remove barriers to life science careers for groups traditionally under-represented in the industry. , especially black and Latino New Yorkers. The Blood Center is working with local institutions including the City University of New York (CUNY) to create new university programs to provide a direct pipeline in the life sciences.

In short, this is the right project at the right time for New York City. We support the Blood Center’s proposal for the crucial resources it guarantees to safety net providers and our city’s blood supply; research that supports New Yorkers underserved by our health care system; and well-paying jobs that will contribute to a fair recovery.

We thank our fellow city councilors for their leadership and vision for this project to date and once again urge all council members to vote in favor of this vital project as it moves to a full vote later this month. -this.

***
Got an editorial idea or a submission for Gotham Gazette? E-mail This e-mail address is protected from spam. You need JavaScript enabled to view it.