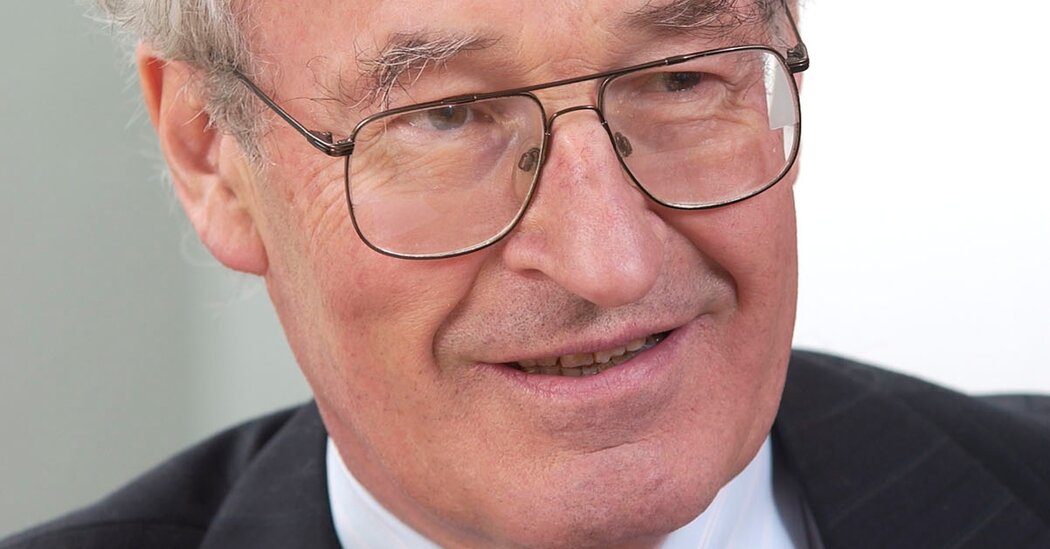 He entered the University of Birmingham medical school in 1950, planning to become a general practitioner and join his father’s practice. But he became fascinated by neurology and neurosurgery and then by psychiatry, inspired by a professor, Wilhelm Mayer-Gross, a prominent psychiatrist who had fled Nazi Germany.

Dr Rutter worked in various UK hospitals after graduating from MD in 1955 and was a Pediatric Fellow at the Albert Einstein College of Medicine in the Bronx from 1961 to 1962. He joined the research unit in social psychiatry from Maudsley Hospital, London in 1962, and the Institute of Psychiatry, also in London, in 1966. He was knighted in 1992.

Dr Rutter has written or co-authored over 400 articles and 40 books, including “Fifteen Thousand Hours: Secondary Schools and Their Effects on Children” (1979), based on a study of the problems faced by schoolchildren in London for 12 years. studies. .

He also wrote “Maternal Deprivation Reassessed” (1972), which suggests that children can develop strong bonds not only with their mother, but also with other people, both inside and outside of the home. their families, which will affect their mental health and development. This was a challenge for the work of John Bowlby, a British psychiatrist whose “attachment theory” held that a mother’s love is absolutely essential for a child and that deprivation can have dire consequences.

Survivors include Dr. Rutter’s wife, Marjorie (Heys) Rutter, a nurse and co-author with him of “Developing Minds: Challenge And Continuity Across The Lifespan” (1993); his daughters, Sheila and Christine; his son, Etienne; her sister Priscilla and her seven grandchildren.

As a growing number of Romanian orphans were adopted by families in Britain in the early 1990s, Dr Rutter and several colleagues began a long-term study to determine how well the children were recovering from difficult conditions. that they had lived in orphanages.

Many of them, he found, quickly adjusted to their new homes, but some who were adopted after the age of six months had higher rates of autism spectrum disorders, hyperactivity and of low personal engagement than a control group of adopted children in Britain. . By the age of 15, some of the emotional, behavioral, cognitive and relationship problems of Romanian children could be attributed to their first deprivation.