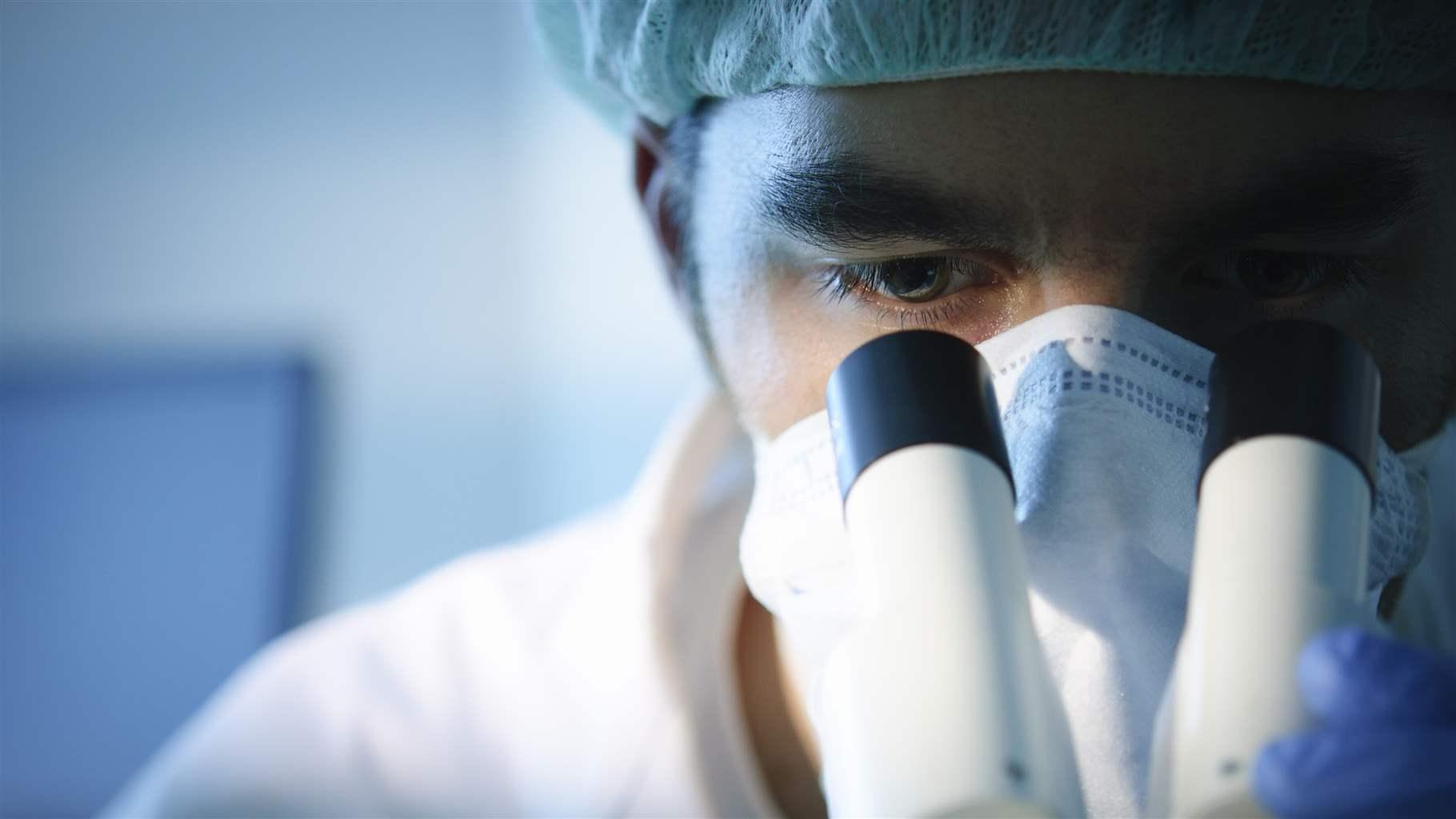 The Pew Latin American Fellows in the Biomedical Sciences program has supported 300 early-career scientists completing postgraduate training in the United States since its inception in 1991. Aimed at strengthening scientific communities across borders, the program helps researchers to advance their studies by exchanging knowledge and collaborating with the Pew community of over 1,000 biomedical scholars and fellows.

Fellows also receive funds to bring their scientific expertise and resources back to their home countries once their training is completed in the United States.

During the duration of the program, promising researchers from 10 countries (Argentina, Brazil, Chile, Colombia, Guatemala, Mexico, Nicaragua, Peru, Uruguay and Venezuela) addressed key questions in health and medicine. Their efforts have spanned a wide range of fields, including microbiology, neuroscience, biophysics, immunology and genetics, and have contributed to scientific advancements around the world.

During my time as a fellow, I always felt like I was part of something bigger than science – I was a member of a big “familia”. Latin American scientists are under-represented in the labs of top universities in the United States. It is difficult to find and exchange ideas with people from similar backgrounds. Pew’s annual meetings are the exact opposite. There are many aspects that unite us as Latin American scientists, but if I had to define Pew Fellows with one word it would be ‘passion’. The passion, diversity and collaborative spirit of Pew Fellows will always endure in how I approach research, mentor students and communicate science.

The Pew Latin America Fellowship allowed me to continue my research on primate communication in the United States. I am sure that without the scholarship I would not have been able to pursue this path. My current research and even my choice of research institute were both a consequence of my training in the United States. The basic pieces of equipment for my current research were acquired through the “repatriation” part of the scholarship. It’s fair to say that the Pew community has had a huge influence on my career.

The Pew community has been very important in my career. Being a Pew Fellow helped me to be more competitive in obtaining a position in Chile and allowed me to quickly set up my own laboratory, thanks to the financial aid for the equipment. I also appreciate the support from the community; scientific colleagues are always ready to answer an e-mail and share their knowledge. And the annual meetings have always been a time to share experiences and remind myself how we should pursue science by thinking bigger and being rigorous.

– Paola A. Haeger Soto, Ph.D., researcher of the Pew Innovation Fund 2021 and associate professor in 2010, Catholic University of the North, Chile

Through this program, I was able to study the neuronal physiology of the dentate gyrus of the hippocampus, a unique neurogenic niche in the brain of adult mammals, which is essential for memory formation. I learned how to make neural recordings from the dentate gyrus in free moving animals in one of the best labs in the United States when it was not possible in Argentina. It had a big impact on my return to my country, as not only did I bring back the knowledge of how to make neural recordings in this particular region of the brain, but I was able to purchase the first Neuralynx recording system. complete in South America with the Pew grant! The Latin American community has helped shape my career. My accomplishments would not be possible without her. After returning to Argentina, I continued to collaborate with excellent scientists to achieve my scientific goals. It will always be an honor to be a part of Pew’s Latin American community.

It is very difficult to be accepted into top-notch labs in the United States when applying for postgraduate training in Latin America. Having the opportunity to support (in part) your salary through the Pew Latin American Fellows program for at least two years makes you a better candidate for employment. And having the chance to attend meetings and interact with very prestigious people in the field of biology gives you the opportunity to reflect on your choices, past and future. It makes you a better scientist. Once you’ve made a commitment to return to Latin America, having the grant to purchase lab equipment is a game-changer.

As a Pew Fellow, I was able to complete my training with the support of my university and without losing my teaching position in Ecuador, which was fundamental to avoid the brain drain. Funding and support for the return to my country were key factors in the [fellows] program. In this sense, I was in a privileged position as I know many highly qualified Ecuadorian researchers who have been forced to migrate due to the lack of opportunities in local academic institutions. Working in the United States opened up to me the prospect of the benefits of accessing technology and funding at academic institutions. Having the chance to research the United States and meet amazing people at Pew Meetings has been a life changing experience.