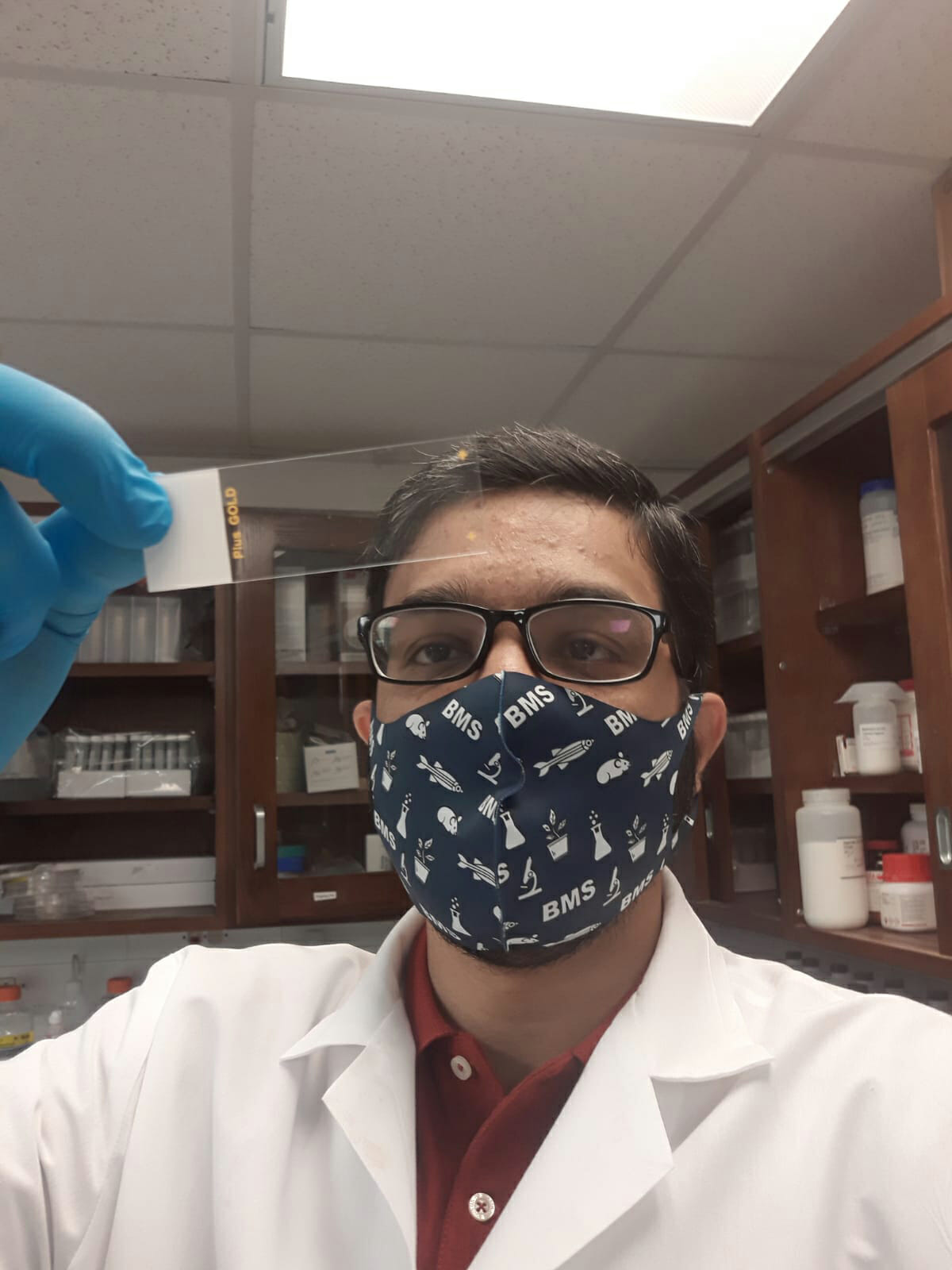 Salahuddin Mohammed, a graduate student in the Faculty of Pharmacy at the University of Mississippi, has always sought to make his mark in the world of research and science. As a young student interested in neuroscience, this desire led him to pursue a career in pharmacy and took him across the world.

While receiving his undergraduate degree in pharmacy from Osmania University in India, Mohammed developed a passion for research. He followed this passion to the United Kingdom, where he obtained his Master of Science in Pharmacology from Aston University..

“I have always been intrigued by the nature of the human body and wanted to fully understand it, so I chose to pursue pharmacology,” Mohammed said. “During my undergraduate studies, it was my interest in pharmacology that helped me complete my classes and keep my zeal alive.”

Mohammed continued his work in pharmacology, settling in Ethiopia, where he was an assistant professor of pharmacology teaching at Mizan Tepi University for six years. While there, he continued to follow his interest in neuroscience, conducting research on the link between addiction and mental health, as well as research on HIV-positive populations.

When he was ready to pursue his doctorate, Mohammed went to Oxford to the laboratory of Jason Paris, assistant professor of pharmacology in the Department of Biomolecular Sciences. He said Ole Miss’s status as an R1 university and the work being done in the Paris lab was an ideal match.

“The cutting edge work at Ole Miss was really intriguing,” Mohammed said. In addition, my previous research on patient populations overlapped with Dr. Paris, where he explored the interactions of opioids and HIV using human cells and animal models.

Paris said Mohammed had made a positive impact, praising his kindness and tireless work ethic.

“Salahuddin is a pleasure to have in the lab, always courteous to his colleagues and always looking for more work to do,” Paris said. “Recently, he enthusiastically described to me on a Friday how he was planning to start collecting data on a new project over a three-day weekend while writing a manuscript in the evening.

“I had no doubt that he would perform both tasks admirably during the holidays, but I felt compelled to remind him to take at least a day off. He is exactly that kind of worker, and his accomplishments reflect his commitment to biomedical science. “

Since arriving in 2018, Mohammed has conducted significant research on neurological complications caused by long-term HIV infection, including learning and memory deficits. These complications are collectively known as neuroVIH. His work in studying these complications could potentially benefit patients with HIV.

“My fellow researchers and I believe that our continued efforts will allow us to identify biomarkers of neuroVIH,” said Mohammed. “This could lead to new treatment options that could help cure neuroVIH. “

Mohammed has been successful in both securing funding to support his research and making a name for himself as a prolific writer and presenter. In 2020 and 2021, he obtained a grant of $ 1,000 from the UM Graduate School to support his thesis.

Mohammed plans to complete his doctorate in the spring of 2022. in pharmaceutical sciences, with a specialization in pharmacology. He plans to pursue postdoctoral research training that will allow him to continue his studies in neuroscience and to teach future pharmacology students.

Mohammed wants his success as a student and researcher to be an inspiration to others like him, and also intends to pass on his love for research and science to a new generation.

“For all the younger generations, it’s hard to know how to move from being a high school enthusiast to one who makes discoveries and creates game-changing innovations,” Mohammed said. “The key is to always be curious for answers to questions that seem unanswered.

“I like to echo Einstein’s philosophy: ‘I have no particular talent. I am only passionately curious. ‘”