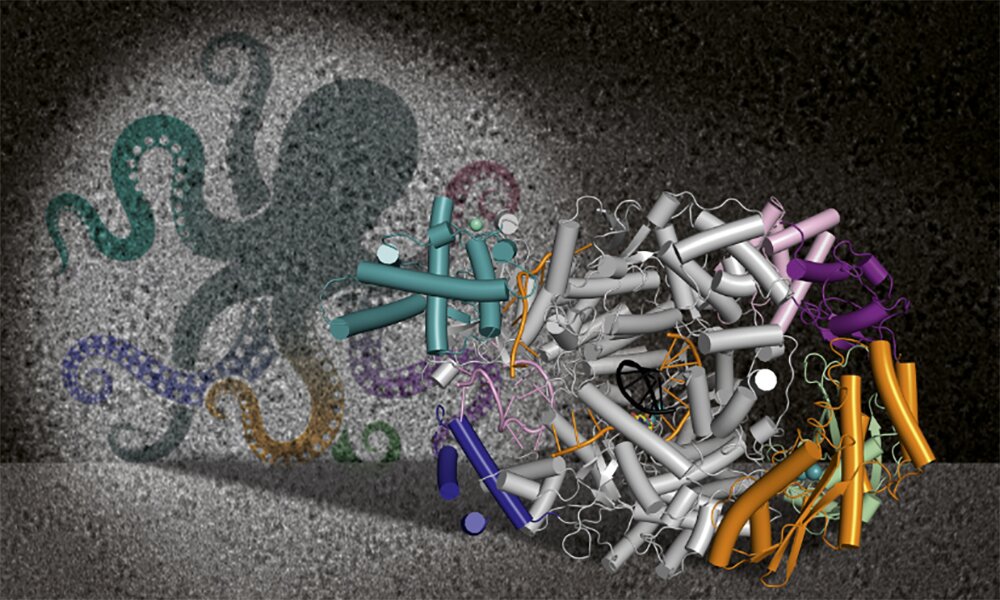 Endemic in West African countries, the Lassa virus is transmitted to humans through food or household items contaminated with the urine or feces of Mastomys rats. Although many people infected with the Lassa virus are asymptomatic, one in five infections leads to severe bleeding disease, attacking vital organs such as the liver, spleen and kidneys.

The World Health Organization (WHO) lists Lassa fever as a significant public health threat with high epidemic potential and no effective countermeasures. Lassa fever has no vaccine and only one medicine, a broad-spectrum antiviral called ribavirin, which has limited effectiveness.

Even though researchers are working on a vaccine, an effective antiviral is needed to reduce the number of severe cases and deaths. This is where structural biology can help.

To understand the complex mechanism of viral replication, structural biologists focus on one key component: viral polymerase. In an infected cell, this enzyme replicates the genetic information of the virus. The copies of the genome are then packaged into new virions, which escape from the cell and can infect a new host. Determining the structure of the polymerase helps researchers understand how a virus replicates, giving them important information on how to design drugs that can stop infection.

Stephen Cusack, director of EMBL Grenoble, focuses his group’s research on the polymerase of several human pathogenic viruses, in particular the influenza virus. Since influenza and Lassa viruses belong to the same family, both segmented RNA negative stranded, Cusack’s group started collaborating on Lassa virus several years ago with Maria Rosenthal and Stephan Günther from the Bernhard Nocht Institute for Tropical Medicine (BNITM) in Hamburg.

“Stephen Cusack was at the forefront of influenza research and ahead of the game when it comes to bunyaviruses and arenaviruses,” said Günther, head of the virology department at BNITM. “We thought it was a great synergy because he already had a lot of technological knowledge that we could transfer to Lassa polymerase.”

Lassa polymerase exhibits characteristics that complicate the process of determining its structure, which Rosenthal, a structural biologist and BNITM group leader, had been trying to achieve for several years. “After long tests on other systems, I went to Grenoble to test the system developed by Imre Berger (a former student of the EMBL in Grenoble) and applied by the Cusack group to influenza. good protein expression, ”Rosenthal said.

The polymerase also has a special architecture with a core and flexible external components. “We call the Lassa virus polymerase an ‘octopus’ because it’s like it has floating arms, which makes it very difficult to catch in a position,” said Tomas Kouba, postdoc at the Cusack group. .

Macromolecular crystallography – an imaging technique commonly used in structural biology – could not be used to observe Lassa polymerase because the protein moved too much to capture all of the arms. Cryoelectron microscopy (cryo-EM) offered the solution because it allows snapshots of the protein in different functional states to be taken.

“We applied to Lassa the techniques that Kouba and Joanna Wandzik (a former EMBL PhD student) developed to visualize influenza polymerase in action,” Cusack explained. “We used cryo-EM facilities both in Grenoble and at the Center for the Biology of Structural Systems [CSSB] at the University of Hamburg. “

This collaboration between researchers from EMBL Grenoble, BNITM and Kay Grünewald’s laboratory at the CSSB gave rise to an article recently published in Nature Communication. It details nine structures of the Lassa viral polymerase in different functional configurations.

“When you observe this ‘octopus’ you also want to see how it behaves, how it moves its arms to eat or grab something,” said Kouba, one of the three main authors of the article.

“The power of cryo-EM is that you take millions of photos of the protein. Then you can sort them into multiple boxes: one box with one arm raised, then one box with the arm down,” added Rosenthal. “At the end of the day, you have more highly resolved images of octopus arms in a variety of positions, so you can model them.”

These studies provide crucial information about the Lassa virus, which has only four different viral proteins – very few compared to other viruses, such as herpes or SARS-CoV-2, which have dozens of components. Proteins compensate for their small number by taking on multiple functions, like a Swiss army knife. Researchers could, for example, visualize the activity of the polymerase and suggest how to block viral replication.

The collaboration is also exploring other segmented negative-strand RNA viruses on the WHO priority list. This includes pathogens causing certain insect-borne viral diseases whose geographic spread may be affected by climate change.

Formerly located mainly in tropical areas, these viruses are expanding their range. This is already the case with the Crimean-Congo hemorrhagic fever virus transmitted by ticks, which has spread in southern Europe, or the Rift Valley fever transmitted by mosquitoes, which is expected to spread.

Even though these viruses differ greatly in many ways, their polymerases are closely related, and identifying the similarities between them could help develop a broad-spectrum antiviral to fight them all.

“Structural biology is important to understanding what we are really looking at,” Rosenthal said. “How could you win a fight if you don’t really know who you are fighting? If we know how these viruses work, then we have more ideas on how to fight them.”

Snapshots of the influenza virus replication machine in action