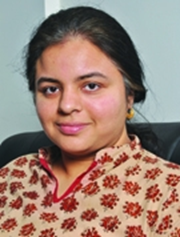 The Arkansas Integrative Metabolic Research Center will host a seminar at 11:50 a.m. on Monday, October 11 via Zoom. Richa Rikhy, Associate Professor at the Indian Institute of Science Education and Research Pune, will discuss his work on the role of mitochondrial dynamics during early Drosophila embryogenesis and the mechanisms by which mitochondrial networks affect the events of key structuring in a presentation titled “Mitochondria in Morphogenesis During Embryogenesis.”

Mitochondria are semi-autonomous organelles inherited from the mother in metazoan embryos. In Drosophila embryos, they are relatively small and abundant. We have investigated their distribution and dynamics in early morphogenesis events in the syncytial division cycle, cellularization and gastrulation. We find that their cortical distribution is maintained by the transport of microtubules through the embryo. The activity of the mitochondrial electron transport chain is essential for the formation of grooves in the plasma membrane at the start of syncytial division cycles. The loss of mitochondrial fission leads to the formation of fused mitochondria which accumulate on the basal side of the cells of the embryo. The loss of mitochondrial fission inhibits processes such as contractile ring formation and gastrulation due to a decrease in reactive oxygen species. Our current work focuses on the role of mitochondria in the morphogenesis of the first Drosophila embryogenesis and the mechanisms by which they interact with the main structuring events.

Richa Rikhy obtained her doctorate. of the Department of Biological Sciences, Tata Basic Research Institute, Mumbai, India under the supervision of Professor KS Krishnan. During her PhD, she worked on the role of membrane trafficking in regulating the recycling of synaptic vesicles in motor neurons in Drosophila. She pursued a postdoc at the National Institutes of Health USA with Jennifer Lippincott Schwartz. During her post-doctorate, she developed an interest in understanding the cellular organization during the embryogenesis of metazoans. She has a laboratory at the Indian Institute of Science Education and Research, Pune, and works on cell biology of early embryogenesis with an emphasis on the morphogenesis of cells and organelles during embryogenesis and differentiation of stem cells.