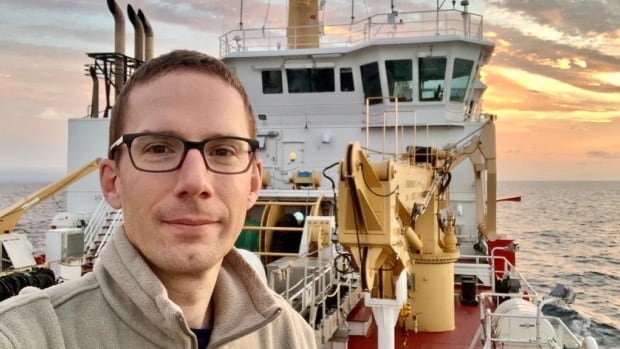 Capt. Jacques Cartier participated in the 51st annual September survey in the southern Gulf of St. Lawrence last month, along with the vessel he will eventually replace, the CCGS Teleost.

The work follows an 18-month delay in commissioning the new vessel due to malfunctions, delays in receiving parts and travel restrictions related to COVID-19 in Nova Scotia.

â€œThe reality is the government is the only agency that would do these long-term surveys; there is no real equivalent in universities or industry, â€said Daniel Ricard, a Fisheries and Oceans Canada biologist based in Moncton.

“It’s really a monitoring program. Most of our scientific knowledge is based on these surveys. It gives us a baseline of what’s in the ocean ecosystem and how things are changing.”

The research vessel will collect the fish using a bottom trawl, then sort all the species, measuring and counting each trained creature.

â€œFor PEI, that would include lobster, mackerel and halibut. Essentially, all of the oceanic species that are exploited in PEI. “

Ricard said much of the science advice generated by Fisheries and Oceans Canada uses the information from the survey.

â€œBasically we’ve been fishing at random, the same way, for 50 years. So if things change, we can get a signal of what’s going up, what’s going down,â€ Ricard said.

Ricard was the chief scientist aboard the Teleost this summer, working alongside Captain Jacques Cartier for the September survey.

With Teleost nearing the end of its useful life, he said it was important to determine how the two ships stack up before the old ship was retired.

“This is our fourth ship, because the investigation is over 50 years old,” he said.

“So what we do in this comparative fishing experiment that we did this year – and we will most likely continue a bit next year – [is] we are fishing the two boats in parallel in the same area.

â€œThen we’re able to compare what’s captured in the two ships, with the two different gear types, so that we can say, ‘OK, we’re going to have to adjust our time series accordingly. “”

He said there are a lot of new features available with the new research vessel.

â€œThe new vessels have been specially designed to lower their noses into the water, and we have acoustic data collection that is done as we navigate through the surveys,â€ said Rolland.

“We have a drop keel that goes down six feet below the vessel, away from the vessel’s bubble area. So that creates less noise and we have a better signal for the acoustic data.”

â€œWe have a very nice setup for oceanographic work, and there are a lot of new sensors and new equipment that we can deploy,â€ said Rolland.

State of the art

â€œFor us, they’re kind of big toys. They’re the main scientific platform from which we get our data and information about the marine ecosystem,â€ Ricard said.

“It’s a new ship. It’s a modern ship. It has a complement of state-of-the-art scientific instruments.

“At the same time, I’m torn because I’ve been working on Teleost for so many years now that I’m saddened to see her go.”

The work animals of the sea

Ricard describes the research vessels as beasts of burden, surveying the Quebec region, the Maritimes region as well as Newfoundland and Labrador.

He said annual surveys are also an important tool for climate change scientists.

“When these surveys were launched in the late 1960s, early 1970s, climate change was not part of the scientific discourse, so it is not necessarily the focus of our work,” said Ricard.

“However, it is through these kinds of long-term, long-term surveys that we can get a signal that things are changing, that climate change is happening and that the water temperature is warming.”

Ricard said the researchers also perform oceanographic measurements, taking a sample of the water column for temperature, salinity and dissolved oxygen, which also allows them to track changes in the marine ecosystem.

The CCGS Capt. Jacques Cartier is the second of three offshore fisheries science vessels built as part of Canada’s National Shipbuilding Strategy at a cost of $ 778 million by the Seaspan Shipyard in North Vancouver.

It was delivered to Nova Scotia in November 2019.